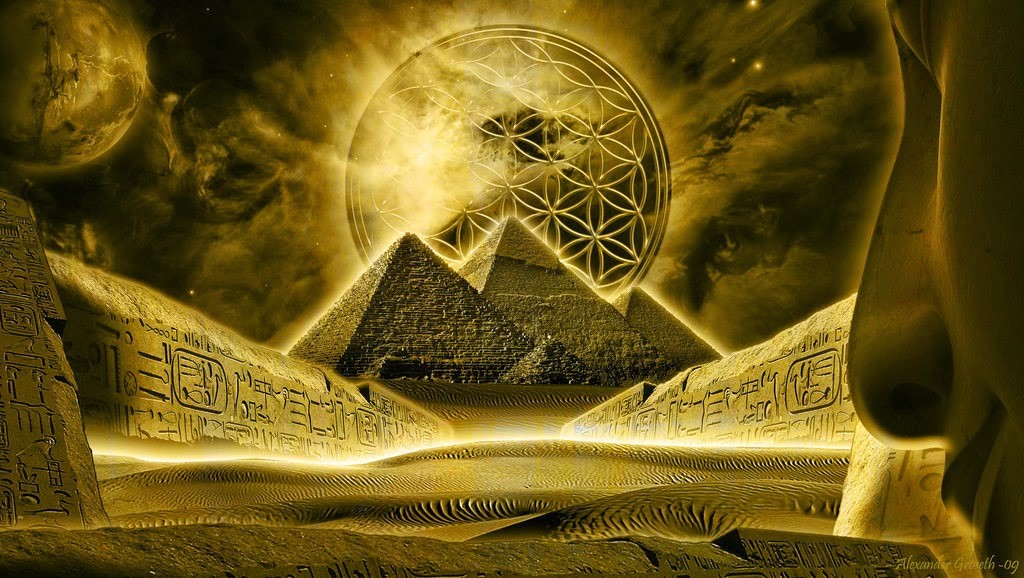 WHO IS THE SUPREME GOD OF JUDAISM, CHRISTIANITY AND ISLAM?

Destiny
One of the Quran’s suras (chapters) is Al Qadar. In it ‘laylat al Qadar’ “the night of destiny”. The suggestion is that the chosen ones may be privileged during this night to see their destiny or wish for a better one. The night is restricted to people with deep devotion.

Marduk’s symbol, the (triangular) spade, on top of a temple, as seen on the side of a kudurru TT  at the British Museum. The relief probably dates to the late 12th century BCE.

(kudurru: “A large stone bearing an inscription concerning a land grant or sale. Kudurrus are known in Southern Mesopotamia from the Kassite period until around the seventh century BCE. Symbols of the deities who assured the transaction are carved onto the kudurru, occasionally with an identifying inscription. These named symbols are an invaluable source for identifying divine iconography.”
http://oracc.museum.upenn.edu/amgg/technicalterms/index.html –

Time of Reckoning
How is one to interpret all this and loads more?

2- The better way for the three religions is to claim origination by means of faith or belief. Attempts at historical origination should cease and accept what people are told maybe no more than modified versions of stories told hundreds or thousands of years before their books became available.

3- One may choose to reason in a way similar to this:

Etymologically, the Adites can claim the legacy created when in the Stone Age they identified a supreme god and named Him/Her*IL. It is their word with their hamza trade mark. IL is the origin of Elohim, Eli and Allah. Not until Primary Applied Etymology was refined confirmation was possible that*IL is the Stone Age root origin of three names.

IL is a gentle God. The Adites accepted that he was first; that he rules the skies and they rule earth. He’s a merciful god, a civilized god, a loving god, an honest god. Some of these attributes of IL are in the extensions of the root.

If one can say this is the bright side of god, one can find in the books of the three religions attributes that support this conclusion. Marduk is this and the other side, the dark side, if that’s possible to claim.

There is no “dark side” in the original Stone Age IL so where did it come from?

Maybe it is useful to remember that Mesopotamia allowed religions to thrive because it had the first walled cities and huge temples but IL’s religion was already mature when it arrived in Mesopotamia.

The Sumerians of southern Iraq didn’t come from Mars and their civilisation is not an isolate. The English word civilisation doesn’t reveal the original meaning of the word. ‘Ḥaḏara’ “civilisation” in Arabic is corrupted with wrong dotting. The original trilateral is Ḥaṣar (ṣ is similar to the sound of ‘s’ in “sub”) from the root*ṢR. One of the meanings of this root is “a pouch” because old pouches were made by joining the end of the hand or leg of an animal tightly. The trilateral means “to surround, to encircle”. This may make it clear civilisation began with the contained or walled cities.

Etymological support to the maturity of religions and early civilisation looks convincing. The language called in commonstream literature “Proto-Semitic” is a fully mature language containing the principal five linguistic structures. Akkad is a unique structure and can be older that trilaterals like Šur = Assure = Assyria. However, trilaterals were the last linguistic structure to be invented to serve the communicative needs of the Agrarian Era.

The savage A’ad campaign against the Adites traumatized this gentle, civilized nation. They had a good life in south east Arabia. The war exposed a side to human beings the Adites do not appear to have known before. Nature can be violent but human violence is astonishing. Animals kill each other but they don’t skin each other alive. They don’t burn them or bury them alive.

There are a number of versions of the history of Mesopotamia. The version that fits the etymological analysis is that some but not all Sumerians invited the Amorites to help them sustain their empire which was crumbling. There are stories of Sumerians providing Amorites with chariots and weapons.

Civilisation was not universal. The poor and greedy from east and north wanted a share. As in Rome, the barbarians had the upper hand and became the destroyers of civilisations.

Whether it is Ad, the great father of most of humanity, his sons Mur and Tay, Sin-Muballit, his son Hammurabi and the other numerous tribes of Ad, the world around them was dark and violent. Power was the god truly worshipped by the men of the walled cities.

There was no need to cancel IL and invent a new god fit for a different world with a human dark side. The attributes of the most ancient God IL were modified. To fight violence He must be more powerful than any human king or emperor or nation.

To place kings and emperors under his rule, He must be the king of kings, the emperor of emperors, the only One who is supreme way above the supremacy of earthlings. These attributes needed to make people fear God. To achieve that, every single human being must submit to the will of the Supreme God. If they are all submissive, they are all equal before God and amongst themselves.

Ad triumphed when Hammurabi was emperor and IL triumphed with him because his name was in the main temple E-sag-il. Justice and equality are not just in the culture of the Adites but in their language.

Hammurabi’s legacy was reversed in later times but not completely.

Judaism adopted IL as the supreme God and later Christianity. Mohammad, the distant grandson of Ad, restored Ad’s religious legacy in Arabia and beyond.

For the Adites IL had to change in order to deal with the dark side of human beings. New concepts were needed. Concepts like resurrection and Day of Judgment. If the violent and wrong doers can escape punishment during their lifetime, they would be punished even after they die. Death thought to be the end of everything before ceased to be that. The change is not total. Like humans, IL was given another face to be watched by the violent and powerful. Others who want to look at his kind face do not have to look too far to see it.

If the idea is complex it may not be true. If the question is complex one shouldn’t expect a simple answer. The question people may want to ask themselves is: Is IL good or bad?

There are no known religious books by Adites. Those came later. For an Adite to have an audience with IL he can just step outside and look at the sky. Many thousands of years later, people in Arabia did just that. They don’t need a mosque to pray. They don’t need interpreters. They don’t need religious authorities. If they have a prayer rug they can spread it anywhere reasonable and pray. If they don’t they can pray without. They have to wash but if water is not available they can have a mock wash with sand.

There is no Exodus. So what?
The story of the flood is ancient Mesopotamian. So what?
Marduk had powers attributed to Allah. So what?

The most important element in religions is the God. IL’s identification appears to have been done over a long time by watching the skies. Our children may one day in the future discover we’ve been worshipping the wrong god all along. Until that happens, if it happens, most people should be satisfied with IL. He’s a good God.

Ad the nomad would have been be very pleased today. More than half the population of the world worship his IL. However, Ad or his people may have left us a coded message. One of the most intriguing words in Arabic is ‘oud’ (عود) identified by Primary Applied Etymology as Ad’s prefixed specifier extension, the linguistic structure favoured by priests. This word is telling those can read it correctly that Ad is coming back and there will be cheering and rejoicing when he does.

Image: An artist’s Doomsday. Inset is Ad or Adad with his weapon of brilliance
www.mesopotamiangods.com

Image: Flower of Life in Egypt.