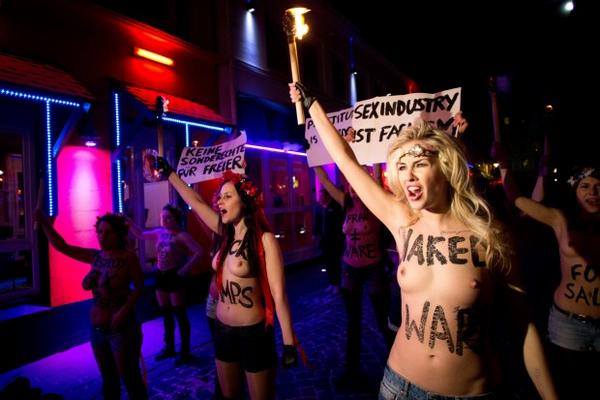 Human beings are excellent at detecting patterns. It is a primeval skill vital for survival. A man-eating lion is watched carefully. With time, the watchers become familiar with its basic behavioural habits and prepare a trap to kill it. Because human beings mastered the skill of pattern identification they taught it to computers which can do it much better and on huge scale involving super-fast mainframes where hundreds of millions of people are digitised into processable date obtained and analysed by almost every industry in the world including prostitution and pornography.

Google chose catchy names for the search engine and “YouTube”. “Plus Pages” is very vague so it takes even experienced users of computers and maintainers of websites and blogs time to find out what’s on offer and discover excellence, a standard Google appreciates and tries to provide for users of Plus pages with very comfortable conditions. You can have as many pages as you like and Google can offer help and services offered by neither Twitter nor Facebook where you can’t run a gif image though it is offered in adds and they may soon be screen on normal pages. Websites will continue to be needed for a long time but users of limited needs may find plus pages a good choice.

According to Forbes, (https://www.forbes.com/2001/05/25/0524porn.html) the attention lavished on the pornography industry–as a business– is vastly overstated and many have claimed it is large and profitable, especially on the Internet. Many of the claims are cut from whole cloth, but are accepted without question by the legitimate press.

Some couples are said to use porn to help create appetite. Those should be careful because comparisons are easily made and those watching from behind the window may realise the local meal on offer is actually poor and not very appetising. This seems to be a human perception. The hen in the neighbour’s garden is a peacock. People also get tired even of the most beautiful and tastier things, as Moses discovered in the wilderness of Sinai. One is said to have summed it up nicely, “Show me the sexiest woman in the world and I’ll show you a man who’s absolutely tired of sleeping with her.” The same can be said by women.

Luckily for girls not much can remain unbared with total nudity. The bodies retained the size but shreds of rags covering them are getting smaller. Those following the trendy trends may have noticed that even the scantiest of covers are being replaced by exotic painted shapes of foliage or strips. It is still experimental but a group or groups out there are up to something that may surprise us, or probably not.

There is a race between some mums and their little daughters to wear tops and shorts with generous cuts that keep getting more generous. This is not surprising if certain historical records are consulted but it may be surprising historically due to the relative speed of copycat emulation.

For example, it took human beings 25,000 or 30,000 years to start covering the basic private part with G-Strings. Some 5,000 later our ancestors moved on to cover most of their bodies not because of modesty, it seems, but more so because costumes were very expensive to make. Wearing as many pieces as comfortably possible became a sign of wealth and nudity a sign of poverty.

The almost global re-migration to G-Strings took a few years. Even the pouches advertised for men are several thousand years old. The member in some ancient graves was found to have been encased in cold containers.

It is said, as a joke it seems, that men will marry any girl and girls would marry anything but that, probably, is not true. Equally not true is the choice of men between cows and glasses of milk provided by impatient girls.

Reality may be different. A man may sift through thousands of photos to select the one hundred most beautiful girls on show but it is unlikely any would be a chosen girl friend or wife. Popcorn is not a meal and it doesn’t stay fresh for long. The faces of some very beautiful women active in the business remain fresh but the body looks like the inside of a family car.

This is for general viewing. For special viewing ages below 18, it is claimed, is a must, and it can go down alarmingly. Abhorrent as it should be, child pornography is a fact. In this writer’s opinion, the industry, its pimps and the viewers of the product are all guilty because they are watching their own future being raped, and probably some of their own daughters or sisters.

Women are very intuitive. Their pain tolerance is very high and so, probably, is their patience but they hate competition that threatens their status as the ultimate human attraction and some of them will respond intuitively, i.e. not necessarily consciously. Both man and woman are born pre-programmed but some may say motherhood is instinctive and so, probably, is intuition, a type of natural intelligence.

When one looks at the products marketed by pornography, the conclusion may be that there is no need for women to worry. It is a longish aberration that will disappear in due time. Their permanent standing appears to remain intact. However, some are not convinced and they are beginning to respond by revealing more of the actual not the digital attractive parts.

Most men seem to be happy just watching both the real and the digital but they know the difference. If that’s the case, women who feel threatened by pornography are not looking at the right screen. The main target online and on ground is men. Some may want to choose whether they are after attraction for attraction’s sake or after partners who will love them not just during one sexual encounter and another but during these and all the longer times in between.

Modesty may be a good word. It implies there’s much more than the eye can see but only to those who deserve to see them. The digital attraction may appear more glamourous but it is something one can see on a good screen. Real women are real and they do love back if men are kind and loving.

But then it takes two to tango and one to ruin the party. Probably more than men, women appear to have more courage, or less fear, in breaking up their marriages and sending their ex-husbands to other women or pornography. The temptation to get their hands on 50% of joint assets and life-time maintenance may be regarded by some women as a opportunity not to be missed. The fact that mums can keep the house and receive maintenance for herself and their children may be more temping than keeping the husband.

Women are expected to fight pornography but organised objection is not evident. There are cases when pornography can be considered a threat to women but some women may want to take some of the blame for its growth.
Watching diners eat from behind windows does not fill the stomach. The meal at home maybe humble but it should be enough. A journalist drunk during and after working hours used to tell anybody who wants to listen that sleep with the wife is like hospital food – clean and healthy but unappetising. One wonders what his wife may say about sex with her husband.

PROTECT YOUR GIRLS. THEY ARE THE FUTURE MOTHERS OF HUMANITY AND EACH ONE MAY BE A TARGET OF THE PORNOGRAPHY INDUSTRY Guests on Google plus pages would have noticed that aside from a relatively very few cases, those eager to collect the largest number of views may have no easier choice than to engage in promoting soft or softish sex images available from hundreds of websites by the cartful. Not...

Both sexes have to be prepared for the coming huge social turbulance that could test humanity (1 of 5) Like seasonal migratory birds, thousands of boys and girls of many nationalities flock to the Islands of Malta in the summer to celebrate their youth. Almost empty during the months of winter, a small bay in the northern part of the Island begins to overflow with fresh life. Like arteries, the...